Remember to CHECK your Balls this November

HECK Sausages are supporting Movember, a cause very close to us at Family Clan after Daddy John lost his brother to prostate cancer last December. John is now currently supporting Movember by growing facial hair throughout November to raise awareness.

Movember is when brave and selfless men around the world grow a moustache, and women step up to support them, all to raise awareness and funds for men’s health – specifically prostate and testicular cancer

In the name of men’s health this Movember HECK have renamed themselves as CHECK for the duration of November, in order to encourage men to search for lumps on their scrotum and for women to CHECK their partners too!

A survey of 2,000 people has discovered the true extent of the taboo subject.

‘Men are too embarrassed to discuss their testicles with their GP‘, alarming new research has revealed.

Did you know more than three quarters (76%) of women admitted they wouldn’t know what a cancerous lump would feel like on their partner’s testicles. Whereas almost half of men (46.6%) said they would know what a lump on their partner’s breast would feel like! HECK’s research also revealed 82% of blokes are unwilling to talk to their doctor about any issues with their genitals which is a very shocking figure that’s been revealed.

The research was carried out by the brands founder, Jamie Keeble, who was diagnosed with testicular cancer two years ago.

“I found a small lump, immediately went to my GP and received my diagnosis. Even though a lot of stigma surrounds going to the doctor for such an intimate area, it is key to be proactive if you find a lump.

He said, “If men don’t know what testicular cancer might feel like, how can they possibly check themselves? Testicular cancer is on the rise and men can reduce their chances of dying simply by knowing what to feel for.”

“Our research shows that too many men would ignore it if they found something and that many are unsure how to correctly check themselves.”

“Too many men are dying young from ignorance and lack of quick action. This disease needs to be openly discussed so that more guys will check themselves and feel they can talk to someone if something doesn’t feel right.

“60% don’t even know what a cancerous lump would feel like. In this day and age this has to stop! People need to be educated so that we can start making a difference.”

Testicular cancer is often described as a small pea-like lump on one testicle, but many men are unaware of this. Two thirds of men had no idea this was a sign of the deadly cancer.
One in five blokes (18.4%) of men incorrectly assumed that a cancerous lump feels ‘like a flat coin’. 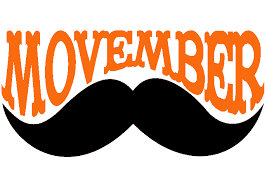 CHECK challenged us at Family Clan to get involved in creating a dish with our meat and two veg to promote this cause, which we jumped at the chance knowing how much we would like to promote men’s health.

One of the favourite recipes in our household is plain old sausage and mash, so this is what I made for Sunday dinner, it was delicious!

First I peeled the potatoes which I just bought from my local supermarket, then chopped them and put them to boil. In a separate pan I boiled the brussel sprouts and cauliflower which I bought from the local grocery shop.

Meanwhile as they were cooking I peeled and sliced some sweet potato to make as wedges and placed in my halogen cooked for 20 minutes turning a couple of times throughout.

When the potatoes and veg was nearly cooked, I placed the CHECK sausages in my health grill which took about 5 minutes too cook, as they were cooking I made up the gravy.

My plate consisted of, CHECK sausages, mash, large brussell sprouts, cauliflower, sweet potato wedges and gravy. A lovely warm dish for a cold day (yes even if the sun was shining, it was still cold!)

The CHECK products are available in ASDA, Morrisons, Sainsburys, Tesco and Waitrose throughout November, costing £2.99 a pack.

Jake and Grace loved these sausages too and commented about them saying they were ‘yummy’ which was great, because I never told them they were any different so it was great that they picked up on the change without being told.

This is Jake and Grace’s dish they had, as they love to have theirs with ‘bunny ear.’ In other words, the sausages poking out the mash like big long bunny ears!

We are a meat eating family, and love sausages, bacon, chicken, beef and fish as our top 5 meats, I’ve tried many sausage products by various brands over the years, but HECK are my favourite brand, they seem so much ‘meatier’ than the normal supermarket brand.

I follow Slimming World you might have seen my weight loss pictures and these HECK sausages are always coming up in conversations as to how good they are and at approx 3.5 syns per sausage in this packet they are a well deserved treat after a long day!

More facts that we would like to share with you. Yes there is a lot but each and every one of them we feel should be shared to you lovely readers to raise awareness.

‘Too many men are not checking themselves, not knowing what to look for and being too embarrassed to discuss the subject.
‘Tackling these taboos head on, getting more men educated on the health risks they face, taking action when needed and talking when things get tough, is exactly why The Movember Foundation exists.’

The worrying results were commissioned by HECK – a Yorkshire-based sausage brand which is working alongside the world-leading men’s health charity The Movember Foundation.

Commenting on the poll findings, a spokesperson for The Movember Foundation said: ‘Unfortunately this latest polling from HECK is accurate.

The research also found that three-quarters of women (76%) would have no idea what a cancerous lump would feel like on their partner’s testicles.
In contrast, slightly less than half of men (46.6%) said they’d know when to be concerned about a lump on their partner’s breast.

Cancer Research UK says incidence rates for testicular cancer are projected to rise by 12% in the UK between 2014 and 2035.

HECK is a family run business making hand-mixed, farmers’ market quality sausages for the British high street. With a ‘what the heck’ attitude, founders Andrew and Debbie Keeble have achieved the remarkable feat of starting a business in Britain’s notoriously congested food market and have gone from zero to £17m turnover in just five years. HECK is now officially the UK’s Number One premium sausage range.

With over 30 years of food and farming experience, they are mindful of the land and deliver ethical meat and ingredient choices. Never ones to cut corners or compromise quality in a bid to save a buck, they’ve managed to create an affordable range of farmers’ market quality sausages for the supermarkets that benefits everyone in their supply chain.

The CHECK products will be available in ASDA, Morrisons, Sainsburys, Tesco and Waitrose throughout November, costing £2.99.

WE WERE SENT THE HECK SAUSAGES FREE OF CHARGE TO HELP PROMOTE MOVEMBER. OUR REVIEWS ARE OUR HONEST THOUGHTS & FEELINGS. WE HAVE NOT TOOK PAYMENT FOR THIS POST AND ARE ASKING FOR ANY FEES THAT WERE NEEDED TO COVER THE COSTS, TO BE DONATED TO PROSTATE CANCER UK.

10 Thoughts to “Remember to CHECK your Balls this Movember”

Make sure you leave us a comment. Cancel reply

This site uses Akismet to reduce spam. Learn how your comment data is processed.